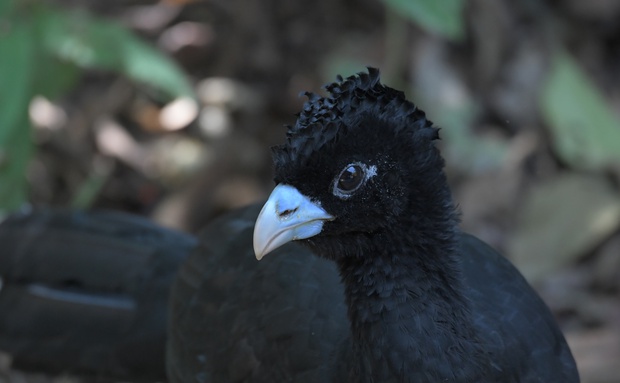 With 1958 bird species (89 endemics) Colombia hosts more species than any other country on the planet. With the vast and unique Chocó forests, three Andean Cordilleras, two inter-Andean valleys, the Pacific and Caribbean coasts, the lowland forests of the Amazon and the Orinoco regions, the isolated Santa Marta Mountains as well as deserts and lakes this is literally one of the most exciting countries to go birding in anywhere!

Our exciting photo tour will set you up for incredible photo opportunities including fantastic hummingbird multi-flash workshops. You will be photographing iconic species surrounded by the most exhilarating natural beauty imaginable.

Amazon rain forest covers more than 30% of Colombia’s national territory and is home to some of its most bio-diverse and bird-rich regions. The Santa Marta range is home to over 600 bird species, including 19 endemics while the Caribbean is a meeting point of dry scrub and ocean creating a unique habitat hosting unique species.

Itinerary and rates below next to gallery 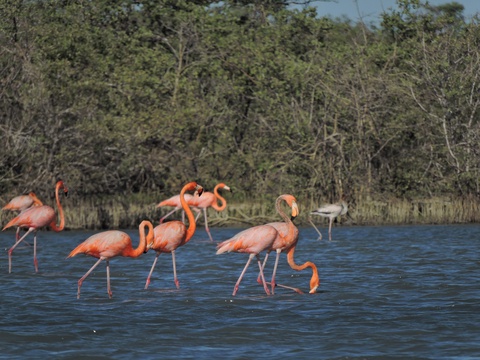 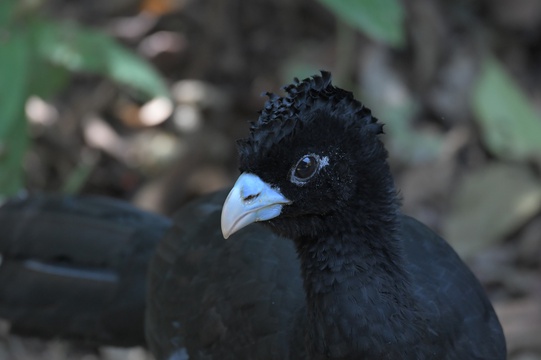 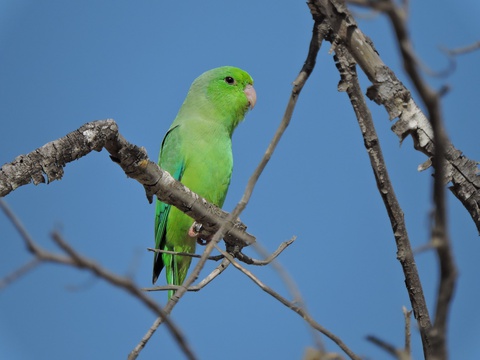 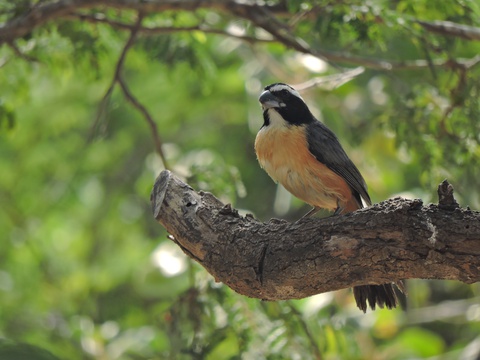 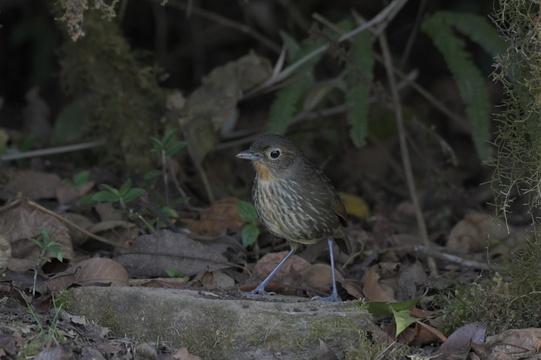 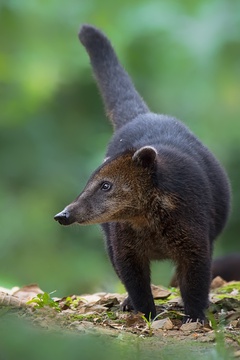 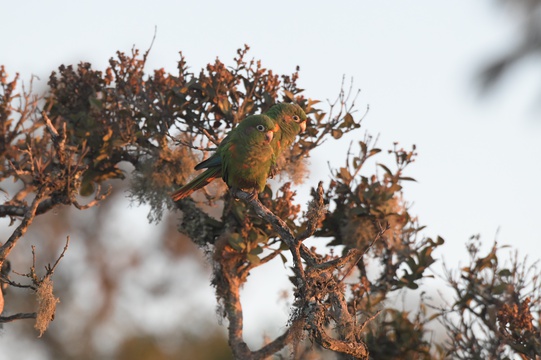 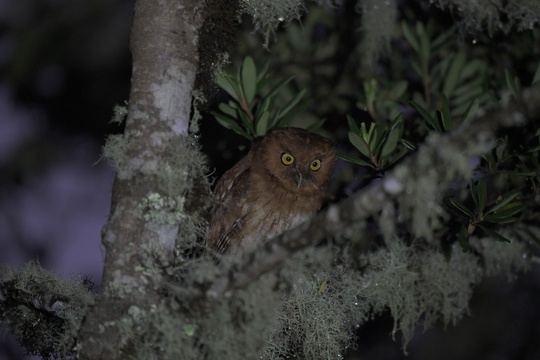 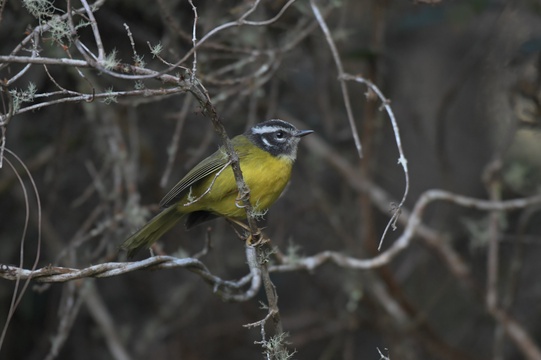 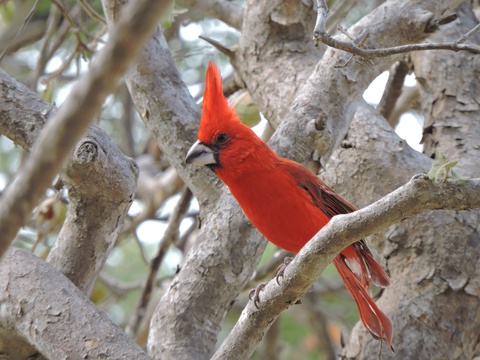 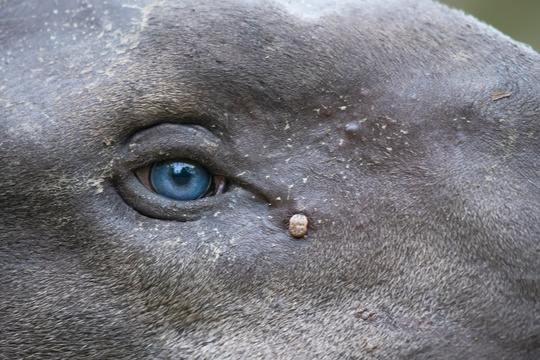 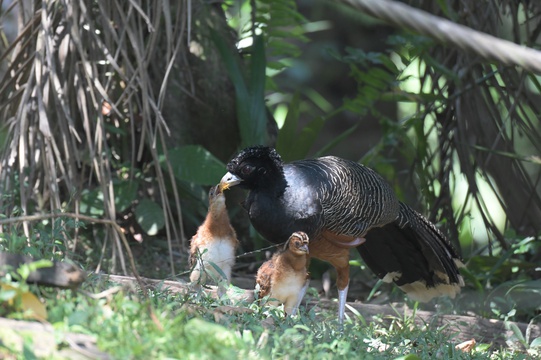 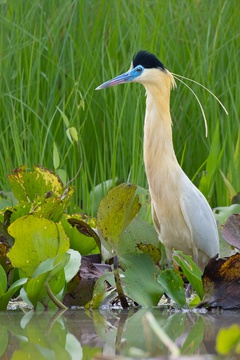 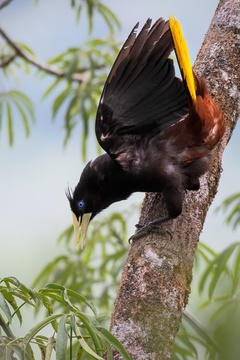 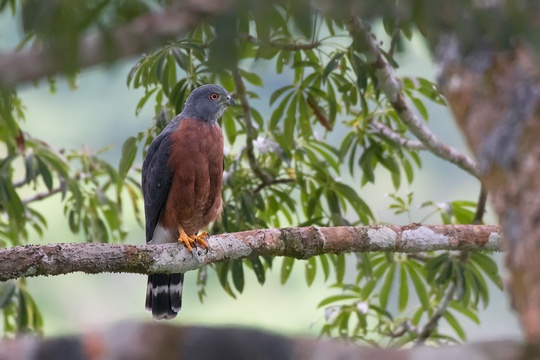 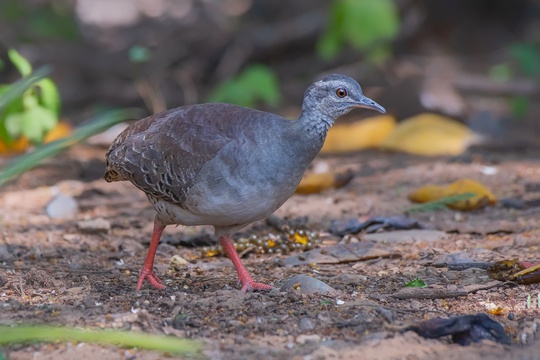 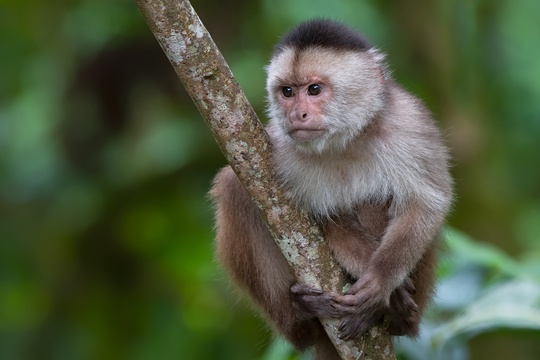 Arriving on your international flight in Bogota El Dorado International Airport where you will be met by your guide in the arrivals hall and transferred to your nearby accommodation.

Early in the morning, we will visit Parque La Florida, an urban regional park of great ecological importance in the Bogotá savanna. It is part of a complex of high Andean wetlands that provide habitat for many species, including the endemic Bogota Rail, Aporlinar Wren, Silvery-throated Spinetail. Other species of interest can be observed there such as Subtropical Doradito, Spot-flanked Gallinule, American Coot, Lesser Scaup, Ruddy Duck, Masked Duck, Short-eared Owl, Rufous-browed Conebill, Yellow-backed Oriole.

In the afternoon, we will return to the city to catch our flight to Cesar Gaviria airport at Inírida City in the Colombian Amazon on the banks of the Inirida river.

This morning we will visit and bird along a sand path, the Caño Culebra Trail, that leads to one of the indigenous communities, Sabanitas, that inhabit Inirida. Our targets will be Spix's Guan, Pompadour Cotinga, Least Nightawk, Lafresnaye's Piculet, Chestnut woodpecker, Black Caracara, Common Scale backed Antbird, Red-throated Caracara, Cherrie's Antwren, Yellow-crowned Tyrannulet, Black manakin, Rufous-crowned Elaenia, Red-shouldered Tanager, Pale Bellied Mourner and plenty more. We will return to our accommodation to relax in the late afternoon.

It is one of the best places in Inirida to see birds. Located within the Indigenous territory of the Curripacos people, Caño Carbón is a flooded area, an ideal habitat to observe antbirds and other small bird species. In the same way, it is the best place to observe one of the rarest and little-known birds, the Capuchinbird. During the walk we will be able to observe Swallow winged Puffbird, Paradise Jacamar, Amazonian momot, Gilded Barbet, Golden-spangled Piculet, Scale-breasted Woodpecker, Black Caracara, Black-headed Parrot, Chestnut-fronted Macaw, Amazonian Pearly Antshrike, Spot-backed Antwren, Cherrie´s Antwren, Imeri-warbling Antbird, Short-crested Flycatcher, Olivaceus woodcreeper, Brown-banded Puffbird.

The Cerros de Mavecure is undoubtedly one of the most emblematic places that Colombia has. Three rock formations emerge from a thick Amazon jungle, adorned by the passage of the Orinoco, Atabapo, and Guaviare rivers. These formations are part of the great Guyanese shield. According to indigenous communities, the hills are considered sacred places where there is a close encounter between humans and their gods.

We will take a boat for about two hours, when we get there, we will start a slow uphill walk while observing species such as Capped Heron, Golden-green woodpecker, Greater Yellow-headed Vulture, Sand-colored Nighthawk, Amazonian Umbrellabird, Cliff Flycatcher, Red-necked Woodpecker, Riverside Tyrant, Plain-crested Elaenia, Spangled Cotinga.

In the afternoon we will take a flight back to the city of Bogotá.

Early in the morning we will take the flight towards Riohacha city. After checking in at the hotel, we will drive 40 minutes to the community Camarones, located in the area of influence of the Los Flamencos Fauna and Flora Sanctuary. The species that we can observe there are: American Oystercatcher, Black-bellied Plover, Sanderling, Spotted Sandpiper, Solitary Sandpiper, Belcher's Gull, Caspian Tern, Common Tern, Royal Tern, Sandwich Tern, Black Skimmer, Magnificent Frigatebird, Reddish Egret, Scarlet Ibis. After lunch, we will take a canoe to go in search of American Flamingo.

During the morning we will walk the Toll sector path where we will look for Tocuyo Sparrow, Chestnut Piculet, and Rufous-vented Chachalaca. Other species that we can observe are Double-tooth Thick-knee, Pearl Kite, Harris’s Hawk, American Kestrel, Rufous-tailed Jacamar.

We will have lunch and then we will drive for 3 hours to the city of Santa Marta, we will make a stop in the “Gaviotas” sector: a secondary road with a natural forest ideal for manakins among them: Lance-tailed Manakin and White-bearded Manakin.

In the afternoon we will visit another sector of Minca, where we will look for our first endemics of the Sierra, among them: Santa Marta Antbird, Santa Marta Foliage-gleaner, Hermit Wood-wren.

Our day begins at 4:00, this time we will drive 2 hours to the upper part of the San Lorenzo blade through a gravel road. Our greatest interest is to see the sunrise of the Santa Marta Loritos: Santa Marta Parakeet, then we will have breakfast while we wait to find some mystical flocks in the same sector. Santa Marta Warbler, Yellow-crowned Redstart, Santa Marta Brush-Finch, Black-cheeked Mountain-Tanager, Santa Marta Bush-Tyrant, Rusty-headed Spinetail occur here. We will stop at La Grallaria feeder to look for the Santa Marta Antpitta.

We will have lunch at the lodge and enjoy the feeders in the surroundings. There are opportunities to observe White-tailed Starfrontlet, Santa Marta Woodsart, Brown Violetear, Lined-Quail Dove, Black-fronted Wood-Quail, among others. At night we will have a night out in search of Santa Marta Screech-Owl.

This morning we will descend towards Minca, we will make some stops to observe those species that we did not find on previous days, we will have lunch at the La Casona de Minca restaurant and later we will drive 2 hours to the city of Barranquilla. We will visit the Universidad del Norte to look for the endemic: Chestnut-winged Chachalaca and other specialties such as Red-billed Emerald, Sapphire-throated Hummingbird, Sapphire-bellied Hummingbird, Ferruginous Pygmy-Owl, Barred Antshrike, Straight-billed Woodcreeper.

The Isla Salamanca Natural Park is a boggy ecosystem of great value in the Caribbean area. A large ecosystem that encompasses swamps, beaches, and mangrove forests provides a refuge for multiple species of birds. Our targets there will be Bicolored Conebill, Northern Screamer, Sungrebe, Limpkin, Bare-throated Tiger-Heron, Green-and-rufous, Pale-legged Hornero, Yellow-chinned Spinetail, Golden-green Woodpecker. We will have lunch on the track and later we will travel approximately 7 hours towards the city of Ocaña, we will make some stops to observe birds in some lakes and savannas on the road.

After having breakfast we will drive 40 minutes towards the natural reserve of the Proves Hormiguero de Torcoroma foundation, there our objectives will be Recurve-billed Bushbird, Gray-throated Warbler and Moustached Brush-finch. We will have lunch at the hotel and before travelling 4 and a half hours to San Vicente de Chucurí.

We will have lunch in the reserve and later we will enjoy the birds that arrive at the feeders and the surroundings, other species that we can observe in this place will be: Colombian Mountain Grackle, Yellow-throated Toucan, Olivaceous Piculet, Uniform Antshrike, Pacific Antwren, Magdalena Tapaculo, Striolated Manakin, Double-banded Graytail, Rufous Piha, Northern Screamer.

During the morning we will be enjoying the feeders and at mid-morning we will move approximately 5 hours to El Paujil, a natural reserve located in the buffer area of the Serranía de las Quinchas. It is the last wooded remnant that is still preserved in the Magdalena Valley and seeks to protect a tropical humid forest, habitat of the Blue-billed Curassow, an endemic and critically endangered species. Its protection provides refuge for other endemic bird species such as Sooty Ant-Tanager, White-mantled Barbet, Beautiful Woodpecker. We will make some stops on the road that leads to the reserve.

We will enjoy the trails and feeders around the lodge, some of the species that we can observe during the tours are: Barred Puffbird, White-tailed Trogon, Gartered Trogon, Bare-crowned Antbird, Bicolored Antbird, King Vulture, Saffron-headed Parrot, White-fringed Antwren, Magdalena Antbird, Blue-lored Antbird.

We will be birding on the main road during the morning looking for species that we might have dipped on on previous days. After lunch we will have a scenic 6 hour drive back to Bogotá city.

We have come to the end of tour. Today you will be transferred to the airport for your international flight.

Inquire for your custom dates