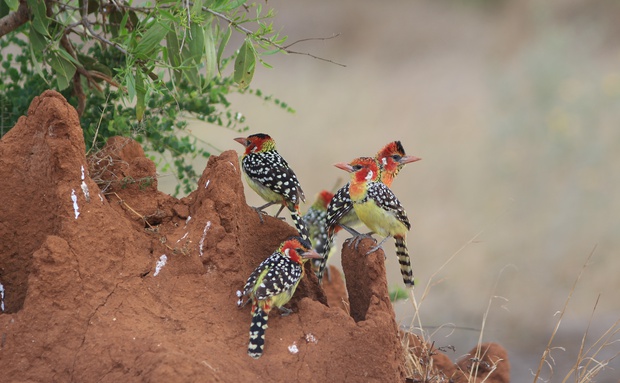 With eleven percent of the world’s species – some 1089 different varieties, Kenya’s birding is one of the best in the world. The variety of birds in Kenya is made possible by the favorable climate, diverse habitats and geographical features that make it a suitable migratory route for birds. Even without venturing outside Nairobi, Kenya’s capital, more than 600 resident and migratory bird species are found; more than in any other capital city, and more than in most countries. Bird watching is good all year round in Kenya.

Arabuko-Sokoke Forest near Malindi, tops the list, with the six threatened bird species of the Sokoke Scops Owl, Sokoke Pipit, Spotted Ground Thrush, East Coast Akalat, Amani Sunbird and Clarke’s Weaver. Some other areas including the forest “islands” at the top of the Taita Hills, near Voi, is home to the beautiful but critically endangered Taita Thrush and Taita Apalis, as well as the endangered Taita White-eye. Sharpe’s Longclaw and Aberdare Cisticola, native and endangered, live in the highland grasslands near the Aberdare mountain range.

The scarce and threatened Papyrus Yellow Warbler is found in papyrus swamps on the shores of Lake Victoria, alongside the Papyrus Gonolek, White-winged Warbler and Papyrus Canary, all papyrus endemics.

Itinerary tab directly below, next to the gallery tab
Click on days to expand text 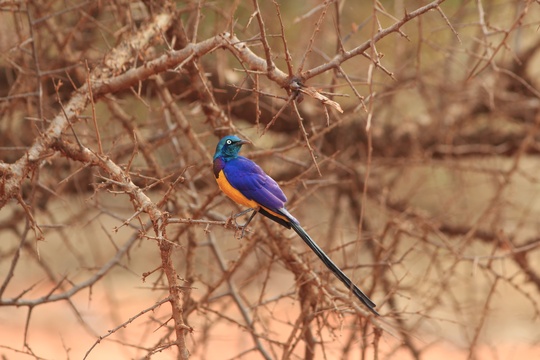 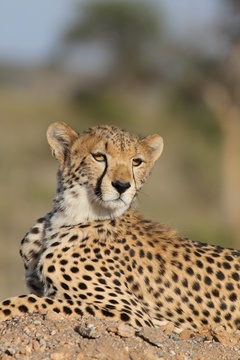 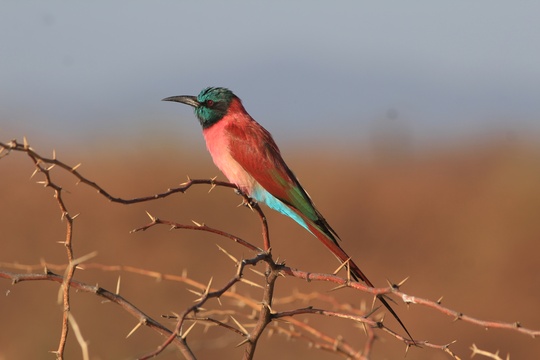 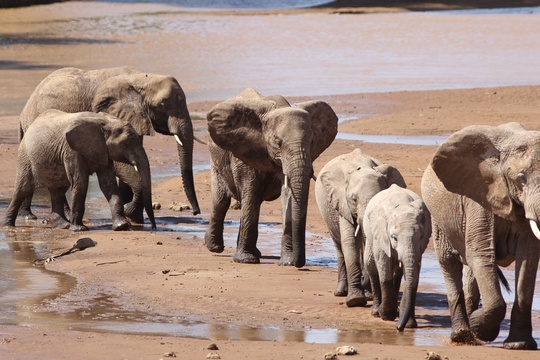 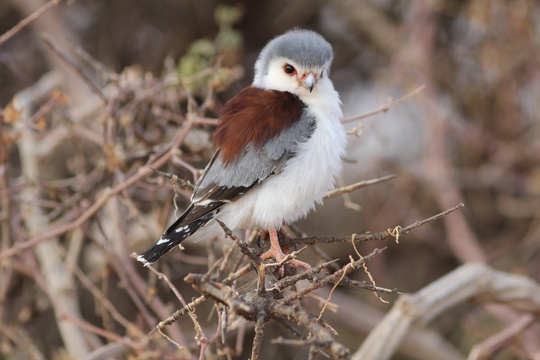 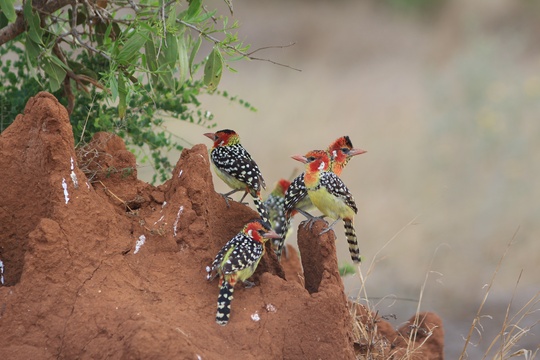 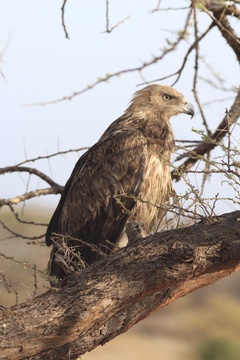 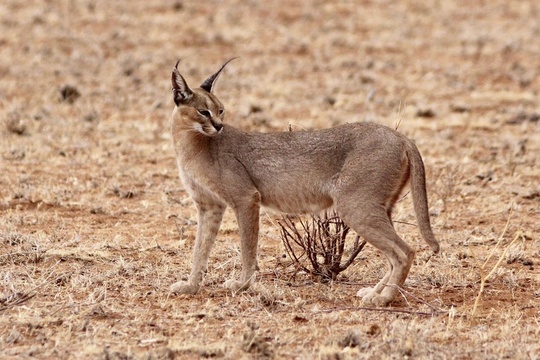 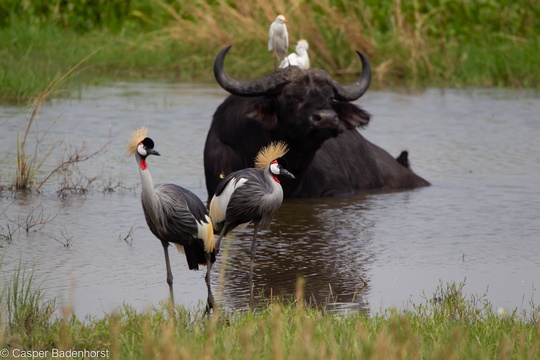 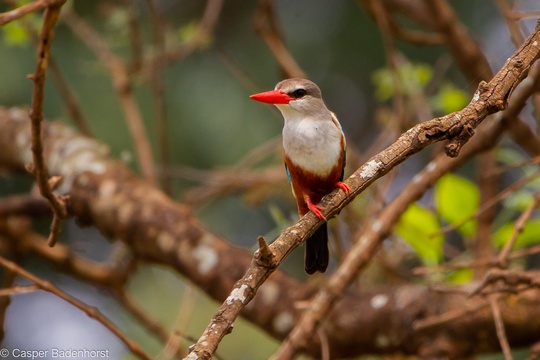 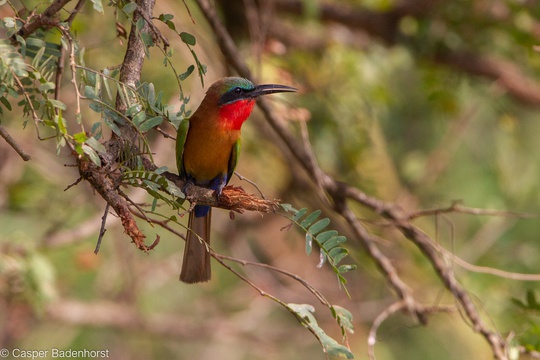 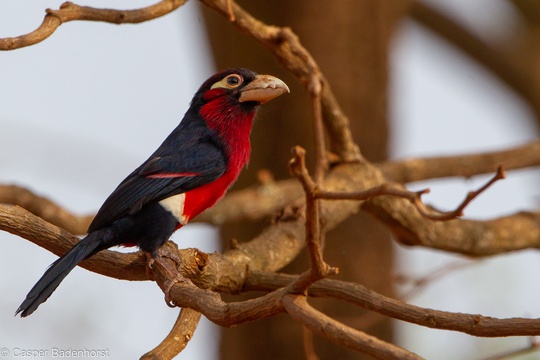 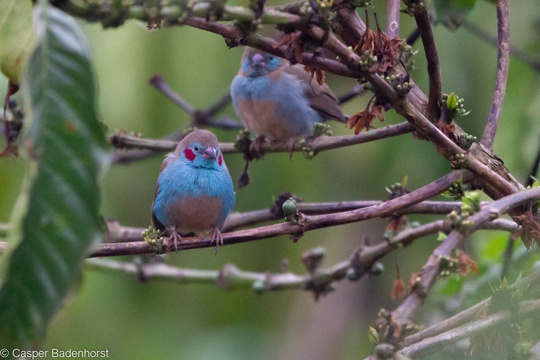 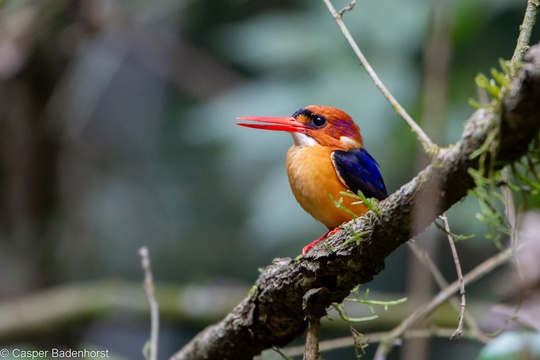 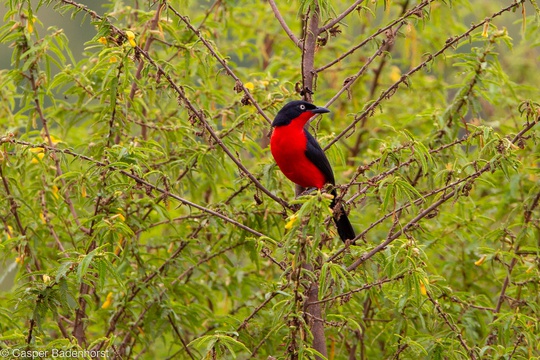 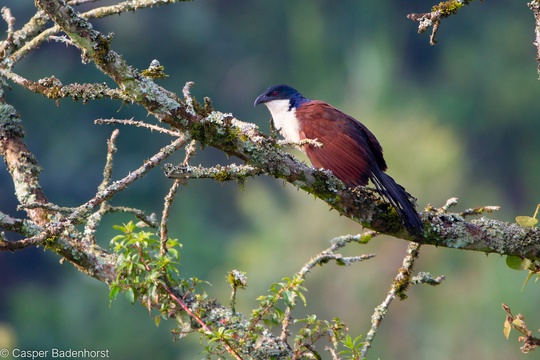 Arriving on your international flight in Nairobi you will be met by your guide in the arrivals hall and transported to your accommodation for the night. If time allows we will do some birding in the afternoon. Our trip will start early the next morning.

We will depart with packed lunch to Aberdare’s Park where we will look out for
African Black Duck, Jackson’s Francolin, Abyssinian Crimson-wing, Black-headed Waxbill,
White-headed Woodhopoe, Moorland Chat, Aberdare Cisticola, Malachite and Scarlet-tufted
Sunbirds. Apart from the birds the park may present leopard, elephants,
buffalos and giant forest hog. We will exit through Mutubio gate and head to South
Kinangop looking for Sharpe’s Longclaw and head to Lake Nakuru lodge for the night.

An early start and departure to Kakamega Forest via Tugen and Keiyo hills where we will
try to call out Ross’s and White-crested Turacos before we take lunch at Kerio View Hotel
overlooking the magnificent Kerio valley and head to Kakamega. We will be checking in to our accommodation late afternoon.

Early morning walk along the forest road and as the warmth sets in birds will be out
basking on the edges of the road which provide good light for photography. Among the birds that may be seen are Chubb’s Cisticola, Black-billed Weaver, Black-collared Apalis, White-chinned Prinia, Luhder’s Shrike, Red-tailed Bristle-bill, Brown-chested Alethe, Red-headed Blue-bill, White-tailed Ant-thrush, Joyfull Greenbul and Yellow-whiskered Greenbul. There will be also primates: Blue monkey, Red tailed monkey, Black-and-white Colobus Monkey.

We will drive back to our hotel at around 10:30 and rest before lunch. After lunch, we will venture onto the trails searching for Grey-winged Robin-chat, the elusive White-spotted Flufftail, Green-headed Sunbird, Yellow-spotted Barbet, Yellow-billed Barbet and more before we return to hotel for dinner and overnight stay.

Today we drive to the Isecheno area for Orange-tufted Sunbird, White-headed
Woodhopoe, Equatorial Akalat, Southern Hyliota, Turner’s Eremomela, African Shrike-flycatcher,
Red-headed Bluebill, Banded Prinia, Yellow-bellied Wattle-eye, Jameson Wattle-eye and more before lunch. After lunch we will rest and later venture back into the forest until dusk before returning to the hotel.

Breakfast and departure to Lake Victoria for a boat ride looking out for Black-headed Gonolek, Payrus Gonolek, Swamp Flycatcher, Northern Brown-throated Weaver and Kingfishers before we depart to Nairobi .

Some brief birding in Swara plains aiming for Yellow-throated Sandgrouse, Fischer’s Lovebird, Red-throated Tit, Rattling Cisticola, Rupell’s Vulture and White-backed Vulture before proceeding to Tsavo East. Lunch will be taken at Hunters lodge where we will watch for White-headed Barbet, Grosbeak Weaver, Golden Palm-weaver and Spot-flanked Barbet. Afterwards we will proceed and enter Manyani gate and bird the way to Aruba Lodge looking for Pangani Longclaw, Three-streaked Tchagra, Blue-capped Cordonbleue, larks and more.

Early breakfast and drive through the Tsavo looking out for Shelley’s Starling, Somali Bee-eater, Somali Ostrich, Somali Courser and Northern Carmine Bee-eater. We will then check in at our accommodation for lunch and rest before we head to Mida Creek in search of waders including Terek Sandpiper and White-fronted Plover amongs others.

Visiting Arabuko Sokoke Forest with our sights on Amani Sunbird, Plain-backed Sunbird, Tiny Greenbul, Fischer’s Greenbul, Fischer’s Turaco, Chestnut-fronted Helmet-shrike, Sokoke Pipit and then back for lunch and rest before we embark on a drive to the forest for Sokoke Scops-owl and later back to resort.

We start our day at Sabaki searching for Caspian Tern, Greater and Lesser-crested Tern,
Saunder’s Tern, Whimbrel, Curlew, Terek Sandpiper, Curlew Sandpiper, Broad-billed
Sandpiper and Sooty Gull before we drive back for lunch and rest. Late afternoon birding will be in the nearby forest where Malindi Pipit, African Wood Owl and Lizard Buzzard occur and
we may find species we might have been missed earlier.

Depart to Voi Wildlife lodge via Mariakani after breakfast which we hope to reach by lunch time
and have a bit of a rest before we go for a walk in Ndara Ranch looking for Scaly Chatterer and Gambaga Flycatcher. Dinner will be back at the lodge.

After an early breakfast and taking with our packed lunches we will be doing a full day birding and game watching in the Tsavo East. Overnight at Voi Wildlife Lodge.

Today we have come to the end of our trip an will depart for Nairobi’s JKI Airport. If time allows we will do some birding on-route. Depending on your fligh time you may choose to add an extra night in Nairobi.